Warisan Sarawak Celebrates Gawai With Spirits Of The Harvest 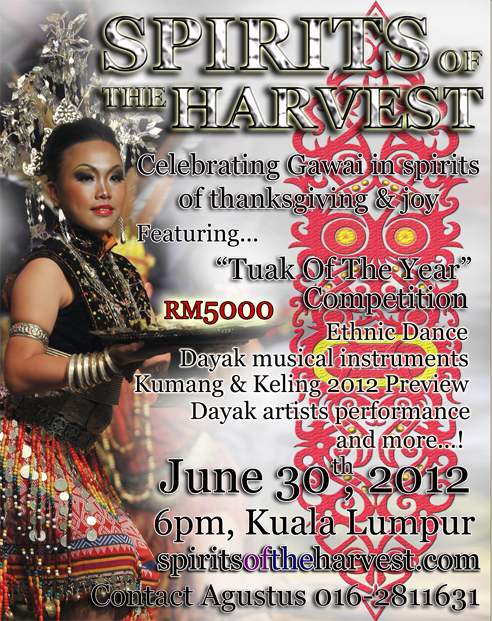 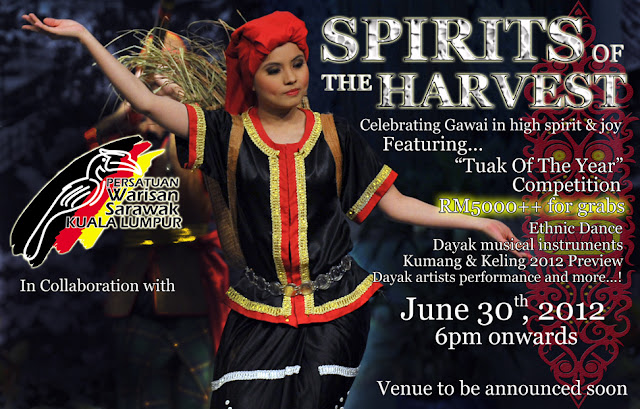 Warisan Sarawak is proud to introduce "Spirits of the Harvest", an event to celebrate the harvest festival in high spirits, thanksgiving and joy.

The main feature of the event is the 'Tuak of the Year' competition. It is a platform for Tuak makers from all over Malaysia, (also open to non-Sarawakians) to share ideas and experience in making their best tuak for the Gawai celebration. More than RM5000 in prizes will be given away, with the champion tuak maker taking home RM2000.

The objective of this competition is to promote the appreciation towards tuak and responsible drinking. It is also a vehicle to carry Tuak standards and practices one level higher. There are terms and conditions which must be satisfied before the brew is brought to the finals. Among them will be alcohol level testing of each entry and methods of preparation declaration. 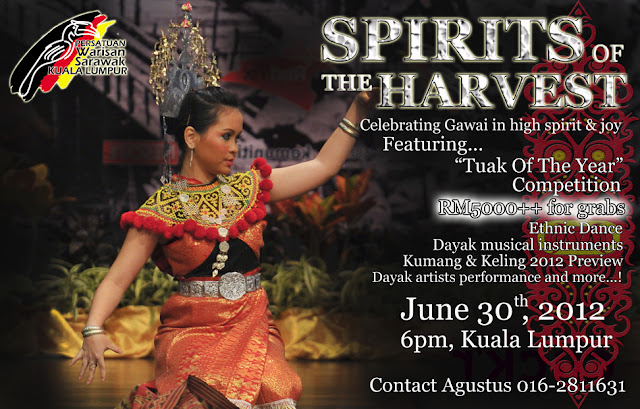 People might frown upon the idea of a Tuak festival, claiming it to be a fiesta where people get drunk. Well, consider this... We're not having tuak drinking competition. But Tuak of the Year competition. Some rumah panjang do it every year. It celebrates the art of making tuak. Just as the French are proud of their good wines, the Germans of their beer, so shall we be proud of our traditional brew. And don't forget Japanese Sake and Korean Soju. It's not the brew, it's how the brew gets to you. It's time we appreciate Tuak differently; there's more to Tuak than just buzz and booze.

The evening will also see Sarawak ethnic performances which includes ethnic dance, musical performances and talented Dayak performers taking to the stage. This in turn inspires the younger generation to get in touch with their culture and heritage by being involved with different aspects in performing arts; a sense of belonging beyond borders.

Apart from that, the event sponsors will run their own promotional activities based on mutually agreed terms.