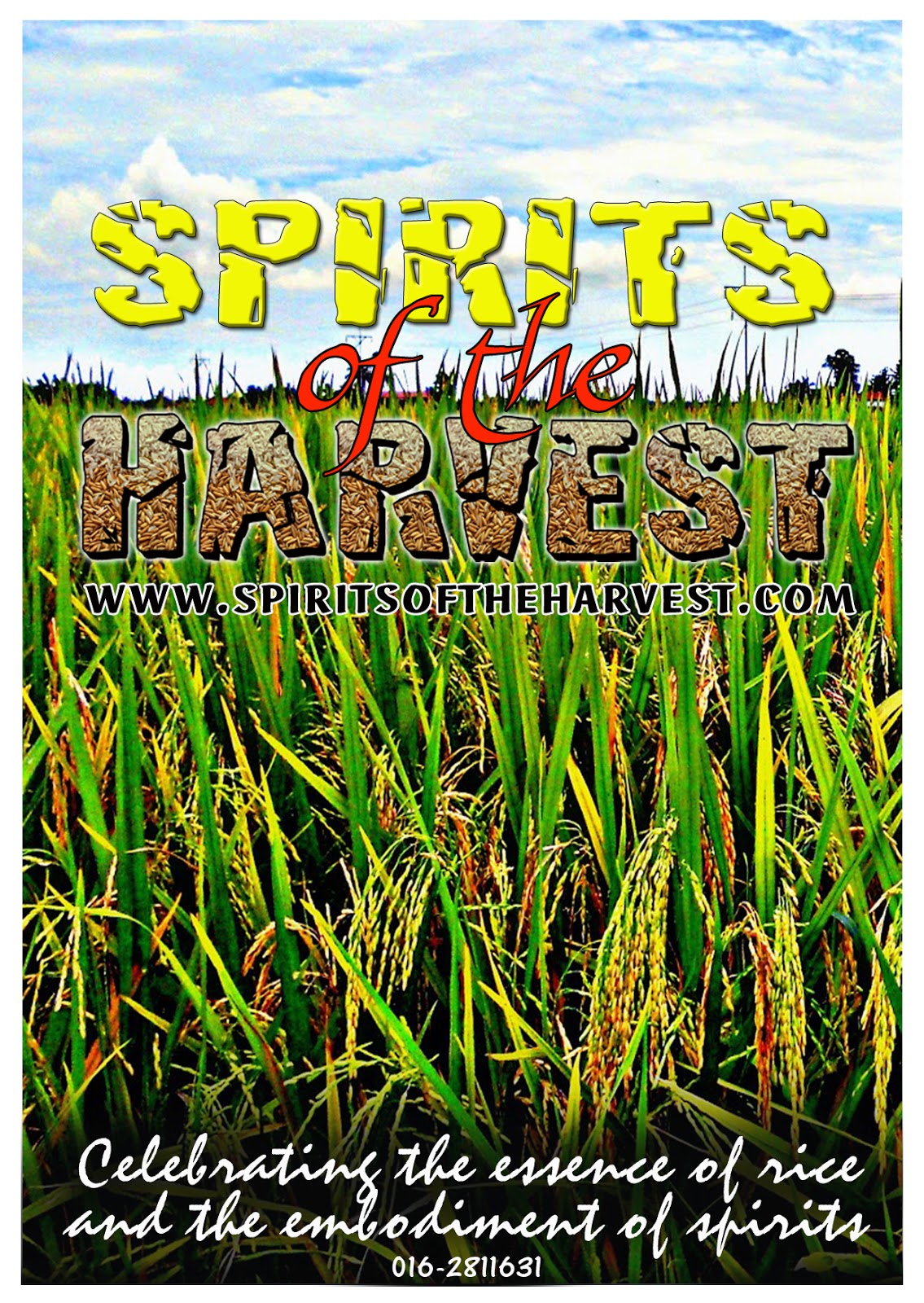 The Representation
Spirits of the Harvest is an initiative to revive the glory of rice and the accompanying spirits derived from biological and chemical reactions in the food application of rice.  It also attempts to highlight and promote the appreciation for life sustenance granted by the harvest.

Spirits of the Harvest represents two important entities in the traditions of agriculture and ethnic culture which are rice and the fermented brew from rice, generally known as rice wine and often called tuak, burak, tapai and lihing in Sarawak and Sabah.

The Nostalgia
Borneo natives put high value on rice as the substance of life and their celebrations often utilize rice wine as the elixir of spirits and thanksgiving.  Rice is planted by all farmers and the cultivation of rice was considered as both noble and normal. They would produce the family's best rice wines from the best rice grains.  Both the rice and the wine constitute the family's pride. 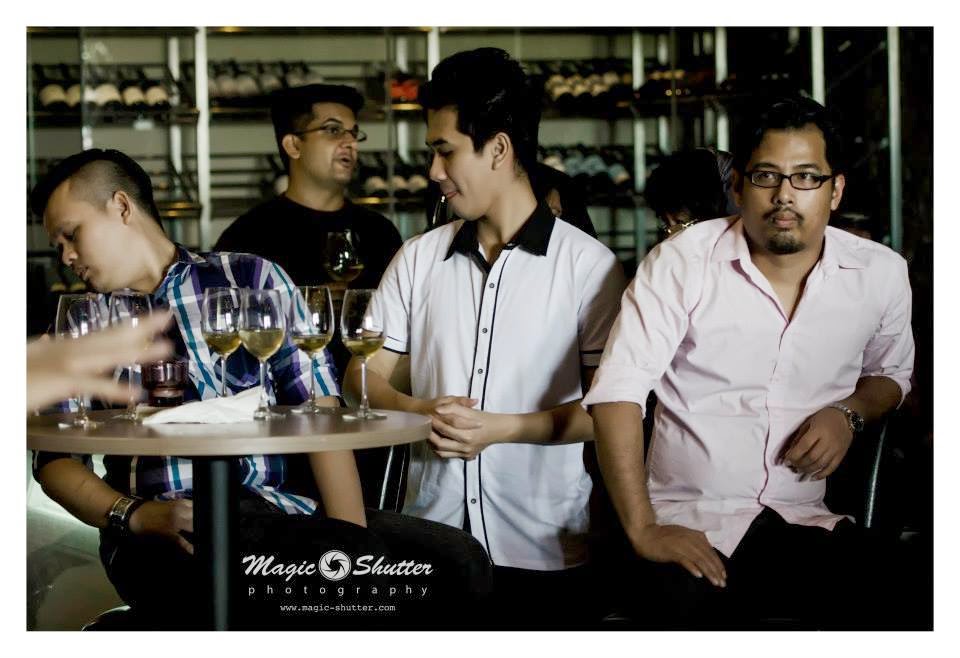 The Current Dilemma
We are rapidly moving towards ultra modernism and many traditional practices have been replaced by global standards and homogeneity.  Cultural diversity becomes a rare value in many societies and biological diversity is losing it's place in the younger generation's priorities list.

The spiritual connotation brought about in Borneo's traditional rice farming decades ago are slowly being forgotten. People celebrate harvest festivals across Borneo with little regards to the celebration of rice spirits and the thanksgiving to agricultural abundance.  Merrymaking in villages are now merely a realization of a nostalgic excuse for celebrations.  The younger generations are no longer taught the reasons behind such celebrations, neither the need to be upheld for generations to come. 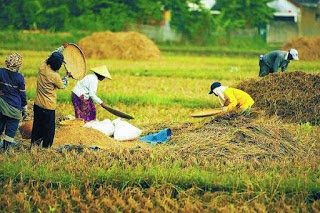 Similarly, the use of rice wine as the accompanying spirit for the harvest festival is now replaced by modern alcoholic beverages like beers, wines, vodka, whisky, brandy and many other international foreign products. The easy access to duty free products during peak and off peak festival seasons speeds up the demise of traditional rice wine brews across Borneo.  People no longer value Tuak, Burak, Tapai or Lihing like they did several decades ago.

Due to the decrease in popularity and unimportant value of rice wines, many villages hold lesser pride in the art of rice wine making.  More often than not, visitors to longhouses and villages are forced to chug sour rancid rice wines as the obligatory welcoming drink.  This contributes to the bad reputation of traditional Borneo rice wines already suffered by the beverage. 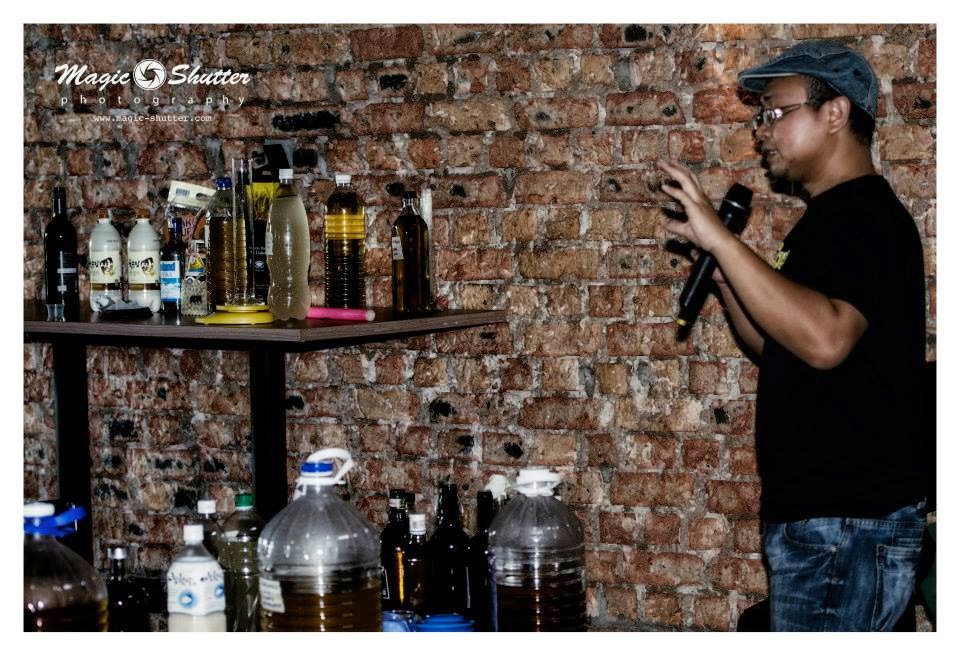 The Initiative
Spirits of the Harvest aims to trigger a better understanding of traditional rice farming and rice wine making because we believe that rice is best celebrated with it's own spirits. The connection between rice and it's spirits transcends physical, spiritual and psychological boundaries.  The spirits concerned are the embodiment of alcohol, the appreciation for nature's forces and the brotherhood within the farmers' society. This is the very reason that rice, rice wines and festivals like Gawai, Kaamatan and Panen go so well together.

Through events with the motive of cultural diversity and biological diversity in relation with rice farming, we hope to develop a new form of rice farming perspective and a new found appreciation towards farmers. By instilling pride and admiration toward farmers and their noble profession, we hope to motivate and inspire them to improve their product. 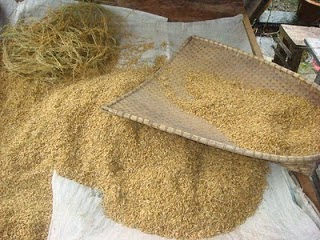 It is a less known fact that there are researches done on rice cultivation, including traditional methods and not many people know that there exist an International Rice Research Institute (www.irri.org) in the Philippines.  Even Americans are actively doing researches on their own rice industry and there is a big international rice festival (www.ricefestival.com) and a wild rice festival (www.wildricefestival.org) especially for the native Americans. 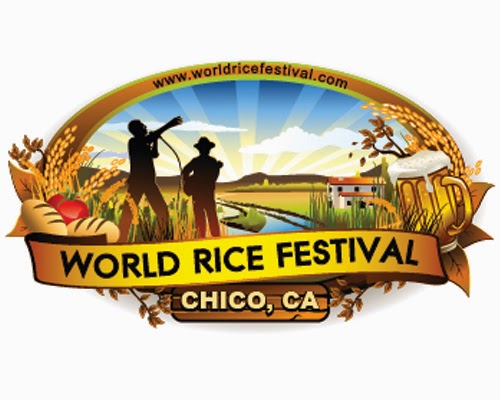 A FEW QUESTIONS ABOUT TUAK